How to zoom a dynamic content screen using null objects

Luckily the Fliva Engine supports Null Objects. Normally when you want to zoom footage, you just animate the scale and position transforms of the footage.

But now that you have footage and a dynamic screen, how do you do that? Null Objects, as you may have guessed, are the answer.

The intuitive solution may be to just precompose the two layers. You could do that, and have the parent control the animation. This is a bit more expensive to render though. And we find it a bit more unintuitive to grasp when editing.

A null object is a feature in After Effect, and in the Fliva Rendering Engine, that is created exactly for this type of scenario. 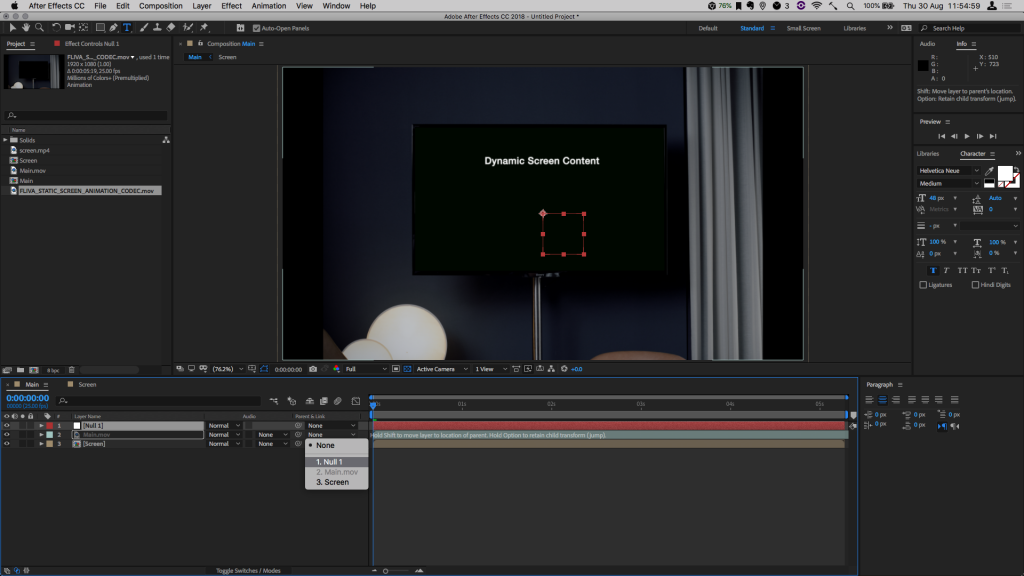 Continuing from the screen replacement scene, first, you create the null object, by selecting the Layer -> New -> Null Object menu item. This creates a new layer. It is just like any other with one difference. It has no visual representation and is thus not rendered.

Then on the other two layers, you click the drop-down under “Parent & Link” and select the null object as a parent. If the “Parent & Link” column for some reason is not showing in your timeline, right-click the headers above the list of layers, and enable the column.

Next up, you animate your Null Object like you would do with your original footage. We opted to have a smooth zoom and pan to have the screen cover the whole of the final video. 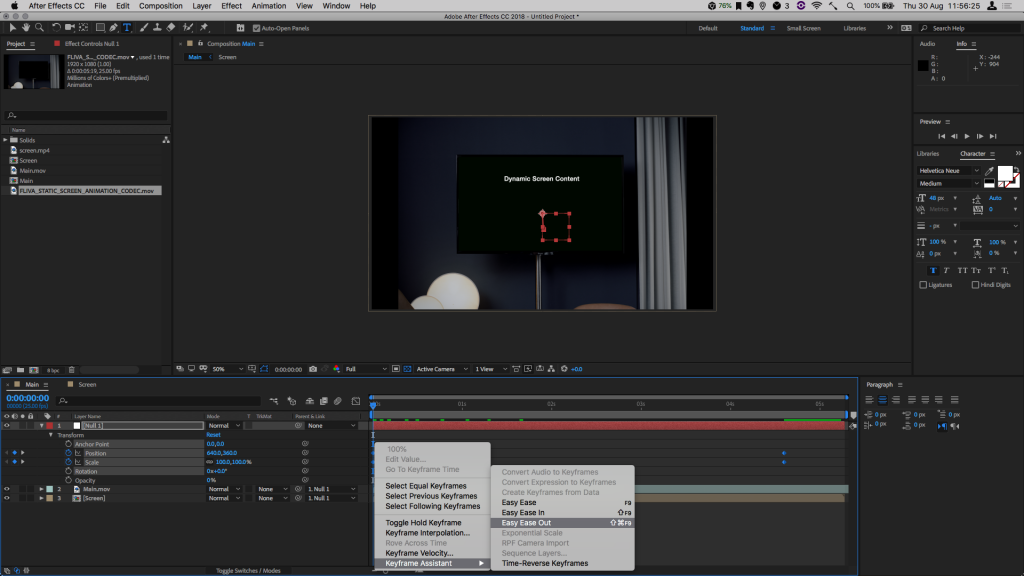 We set a keyframe on the first frame for both the position and scale without changing the value. Then we move to approximately 1 second before the clip stops and zoom the screen. And to ensure that the screen is dead center, we move the position a little bit as well. Finally, we use the keyframe assistant to make the zoom look as natural as possible.

Contact us now and learn more about how you can engage your customers through personalized and individual videos.
Contact